This site uses cookies, but will not sell your distribute your infomation. Learn More. 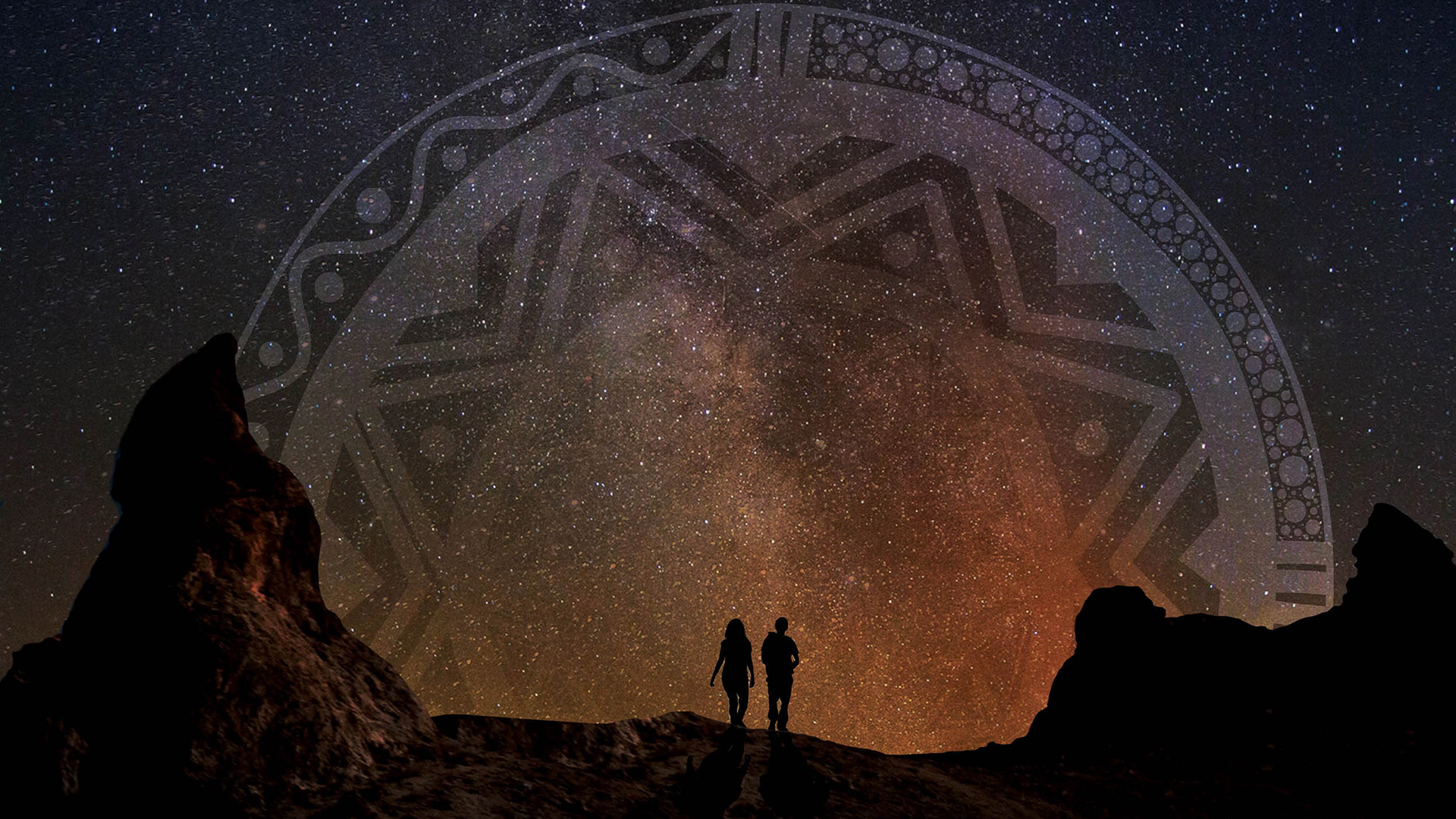 All across Australia, a new group of scientific and cultural investigators are emerging with a mission to excavate the past, reveal what was lost and restore the story of a living culture. It is a story of incredible knowledge, invention and resilience, it is the story of ancient Australia.

Two figures stand on the top of an escarpment, silhouetted against the cloudless, Australian sky. They survey the plain in front of them, one sweeps an arm across the panorama, describing something in the landscape; the other looks on, transfixed.

These two bestride a great history, perhaps the longest history; they are the living descendants of a people who overcame half a world of obstacles ...and survived; the latest generation of a people that started a journey over 70,000 years ago that brought Australia’s first people home. What drove this incredible group to traverse the vast sweep of Africa and Asia and then to cross an ocean; to arrive at a land filled with giant predators, unknown plant life and the brutal elements? What gave the first inventors courage? What did they hope to find? And what gave them such powers of invention that let them turn so much to their advantage?

Tui Raven, a Noongar-Yamatji woman; and Dr Chris Wilson, a Ngarrindjeri man; will join a team of investigators, storytellers and filmmakers to embark on a new journey; a journey back to the roots of the Australian continent’s first modern nations. Chris, by unearthing the tools of the past, will reveal the pathways that brought his ancestors to this land, their technical ingenuity, their bravery and their unparalleled success story as the oldest living culture on the planet. Tui will steep herself in the wisdom of the old ways, investigating a rich and ancient cultural heritage that will draw us all towards a renewal of her peoples’ sense of pride.

Two figures stand in an imposing country; soon, with their feet planted firmly in the present, they will dig up the past to discover a new understanding of our future …one that we all can share.